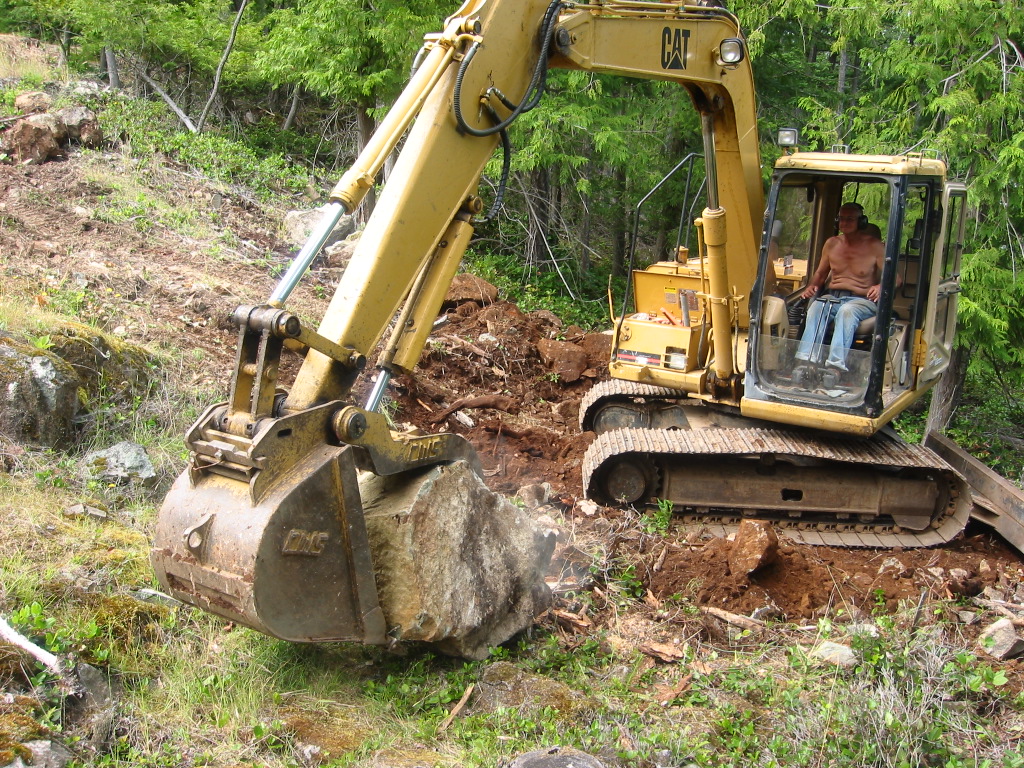 Concrete and excavation days after the approval of the building permit. Big milestones, big sighs of relief all around.

Kevin calls watching the work of the excavator “awesome and heart-breaking.” Even though we have already transplanted many of the little trees that were going to be right in the middle of the build site, it is somewhat unsettling to see how quickly machines like this can transform a landscape. The excavator is being used to find bedrock for 23 posts which the house will be built on. In actual fact, the way we are building the house (raised on posts) was one of of the most minimally invasive ways we could build on this site.

More milling done on Friday, our fattest log yet. Are going to experiment with using the dremel to sharpen the saw blade, which has to be sharpened every other cut. We think the little portable solar power pack which Kevin built from battieres, solar panel and dolly (hence portable), will do the trick nicely. Thanks Dave for giving us those batteries!

Also thanks to Waylon and Amanda for had work and photo-documentation. Double thanks to Maddy who keeps coming back for more and is the first person to take advantage of our “name a building” project. Come help out and we’ll name something after you! The tent platform Maddy’s working on is being called the “Maddyshack.” We tried to talk Waylon into a “Waylon wall” but he was skeptical. Maddy also worked hard for her concrete handprint in the PowerTower base. You can add cement tamping to your resume girl!

Two of the seven L’s lured me down a dangerous path this past week as i purchased a multi-functional “sleeping system” which converted from one sleeping bag into three at Costco. Trying to figure out this system had me and Amanda in hysterics. Six seperate zippers with no colour coding or labelling and an instruction manual that was virtually incomprehensible. 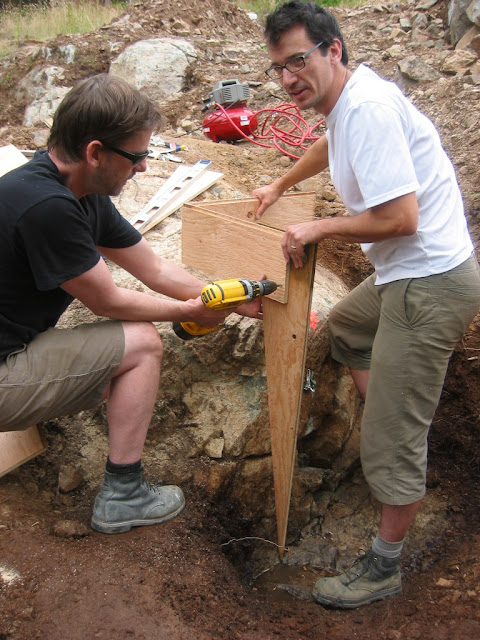 One Reply to “Early July”