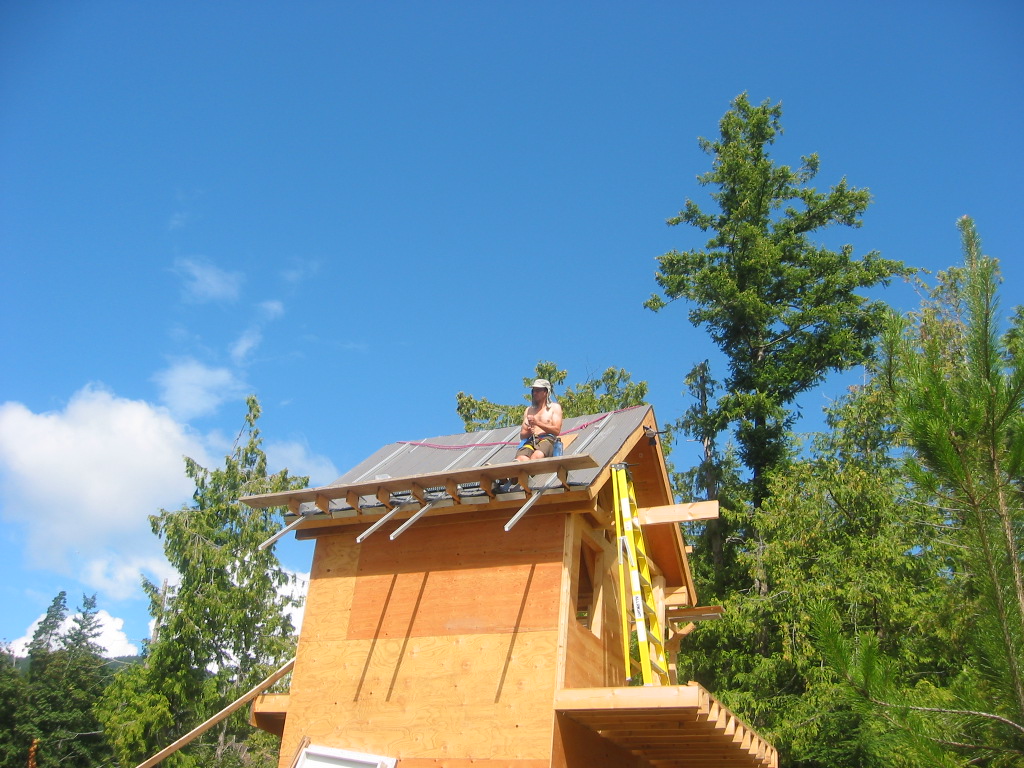 I thought I would try and put our fabulous and exhausting summer of work into a bit of context with the ‘principles’ we started out with when we began this project. Overall I think we were somewhat successful adhering to them, but there’s always that gap between theory and practice isn’t there? Anyhow, for those of you interested, here’s my report. 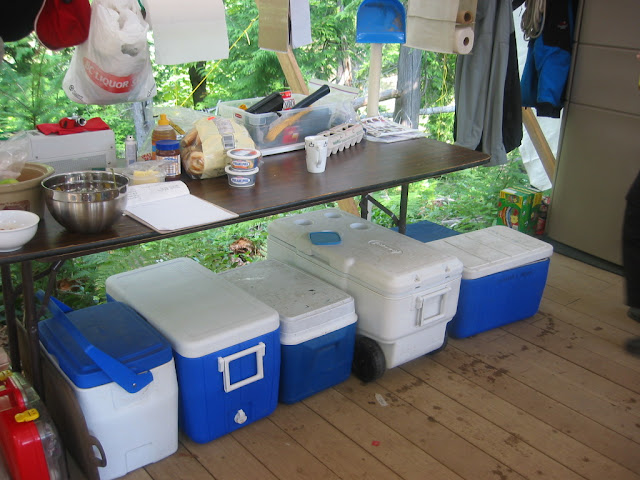 Over the course of our building project this summer we had about 8 people at every meal, fed over 30 different people, and averaged 168 meals cooked each week, for a total of over 500 during the three week “big build.”

Because the folks we were feeding were working so hard for our project, liveable and loveable were our #1 priorities for food — in other words, folks had to be happy with that they were eating. Cooking for such large groups was a real challenge and I have to admit for the first time I understood the appeal of big box stores like Costco. It met two of our criteria, Low-cost and to a certain extent, logical. Even at Costco it was possible to buy some organic food (which I would categorize as low-impact) but we did end up with some of what I call ‘factory meat” (mostly burgers and bacon.) If we’d had a freezer (or even refrigeration!) on site I think my answer would have been to buy a bulk order from a local farmer. This should be possible by next summer. Another option I’ll work on for next summer is to expand on my vegetarian cooking so that we can give even the carnivores some new and satisfying meat-free options.

Milk and eggs were all local and organic/free-range as were almost all of our fresh vegetables. Highlights were the fruits and vegetables Maddy brought from the farmer’s market where she works, and Pat’s fresh caught local crab. Yum yum!

Water:
With an average of 8 people on site each week, we used about about 100 gallons of water per day. This included one or two showers a day (most people washed themselves in the ocean), being stingy on flushing the toilet (within reason) and the men “marking the territory” around the camp. We used durable plastic plates and glasses and tried a sticker system to keep them individualized, but when the group gets bigger than 4 or 5 people this system proved difficult to maintain.

We’ve read several different numbers about average water use, anywhere from 60-100 (US) gallons per day for an individual to the same amount per household. As we move into a more ‘sophisticated’ setup we’ll also begin rain water harvesting so even as we add indoor showers, more frequent flushing etc, our drain on the well would hopefully stay about the same, possibly even dropping over the long-term.

Misc
An ongoing struggle for us were the miscellaneous items we needed for a multi-year camp. On the one hand, we weren’t ready to make an investment in something that might be damaged by prolonged outdoor use, and on the other hand, we didn’t want things that were just going to collapse after a few uses. Although I think we were successful in not buying any ‘unnecessary’ junk our $6.99 camp chairs quickly fell apart and became known as the “weight restricted chairs” and several pairs of kitchen scissors and kitchen knives from Ikea also bit the dust. In retrospect, I think more of this could have been purchased used, although this would have been a larger investment in time and possibly gas to purchase these items bit by bit, especially when you are in a hurry to have them.

The beautiful benches Kevin “Chip” Nugent built will be a big help for next summer, and we may work on adding other homemade furniture as well.. Over the winter we will be visiting our local thrift stores to try and find some of these household items for next summer now that we have a better sense of what we need.

I think the biggest impact on most of the “L’s” was the labour of love that so many of our friends and family put into this project. Loveable, liveable, low-impact, low-cost, local….your generous assistance embodied all of those principles and more. Thank you thank you thank you!

That’s all I have for now. K is working on the actual building report & a run-down of where the project is going next. A huge step forward was the actual final installation of the solar system so yes, the POWER TOWER ACTUALLY MAKES POWER NOW! Woo hoo!