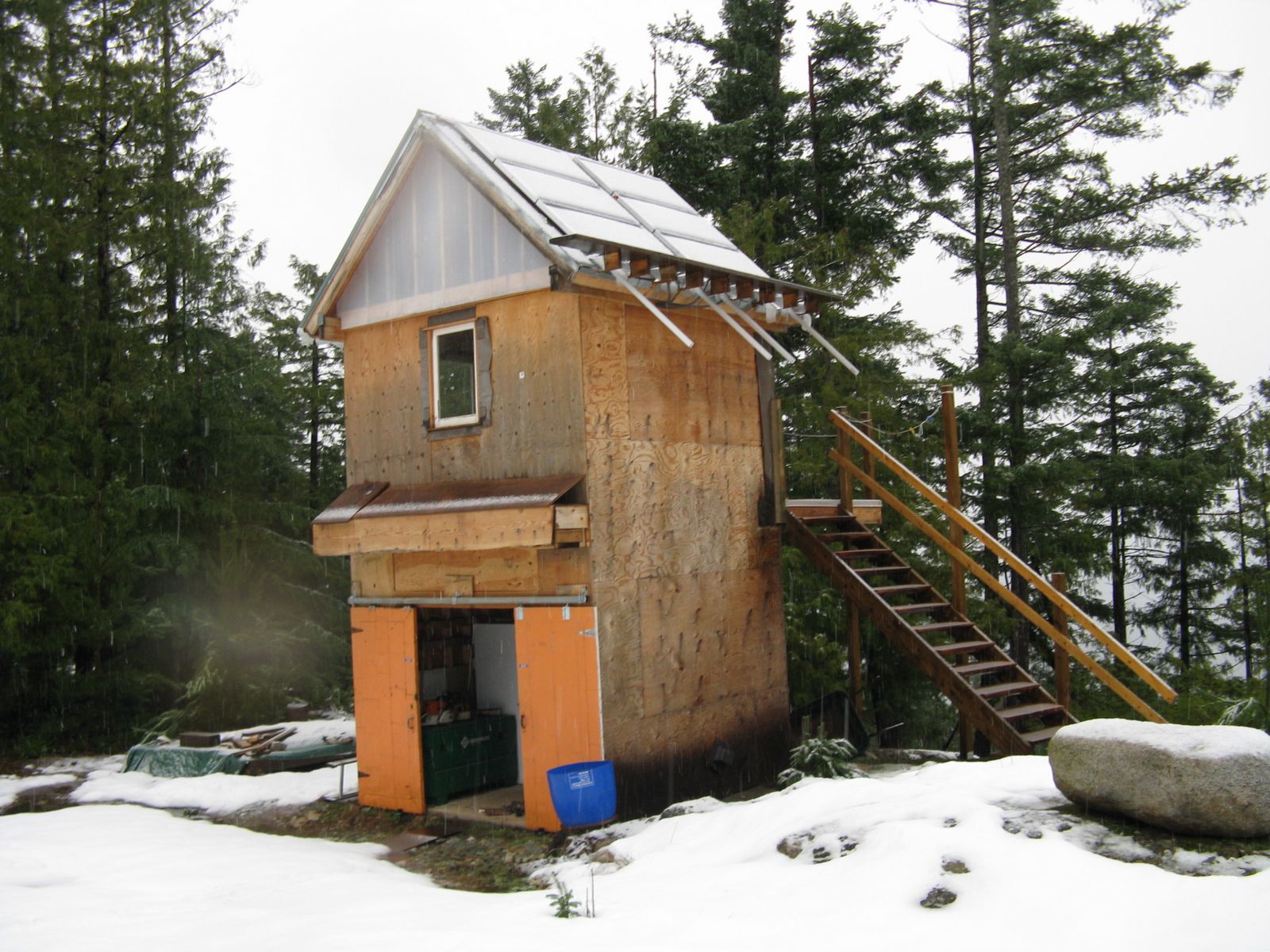 We haven’t posted in a while, spending the winter in urban life, all the while thinking and pondering over the house plans. After creating the Halkett Bay t-shirts for Christmas, we’ve gone and changed the plans. This is actually a clever ploy to make you want to collect all the t-shirts in the series. I’m very excited about the ‘new’ plan since it’s really a return to our first plan, an open breezeway between the guestroom and the main cabin. We’re also making the roof of the breezeway and guestroom flat. Suddenly this all seems much more do-able, and simple. Logical. We’ll see where this philosophy gets us in the end, but for now, it’s been great to have such a clear framework to think about what we are doing. And it is too cool that the house itself is going to be L shaped.

We went up there last weekend, and spent the day evicting mice who had set up a busy little highway right into our supposedly mouseproof cupboard. Like most animals on Gambier, they seem relatively fearless. Some even ran back into the cupboard as we were clearing it out.

Kevin and Don had been up a week before, and put the $6 metal doors on the power tower. They looked great! Since I started a creative writing program this year, I’ve been fantacizing about the room at the top of the tower as a writing room/retreat.

The big build this year will be the last two weeks of August, so consider yourself invited! Right now we are heading up for day trips on the weekend as well, so let us know if you wanna be on the ‘nice day let’s go!’ list.