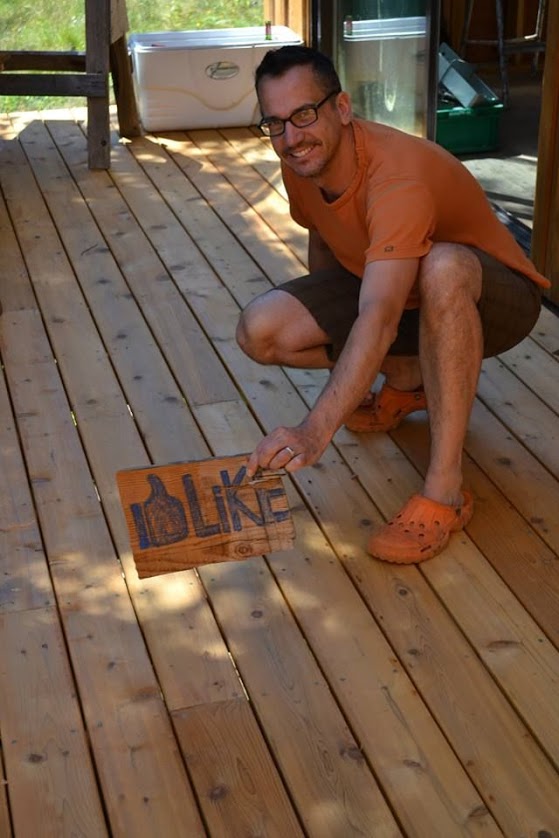 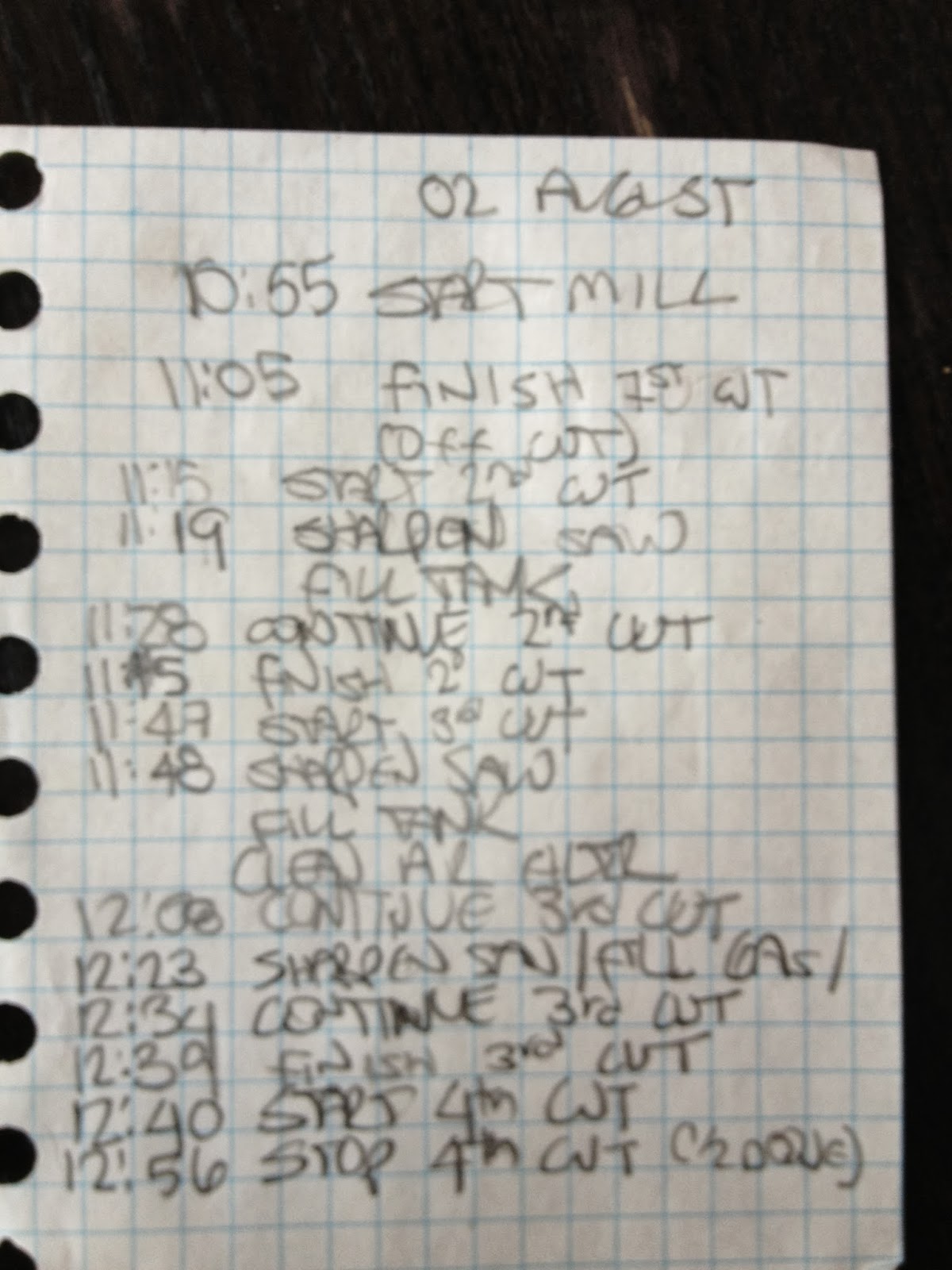 I recently found this piece of paper lying around the cabin. It’s a record I made of a milling session when Kevin was cutting the logs into posts. This documents the amount of time (2 hours) it took to mill 3/4’s of one post for the foundation.
Here are some more photos from that fun but exhausting time when we were milling and building the foundation. 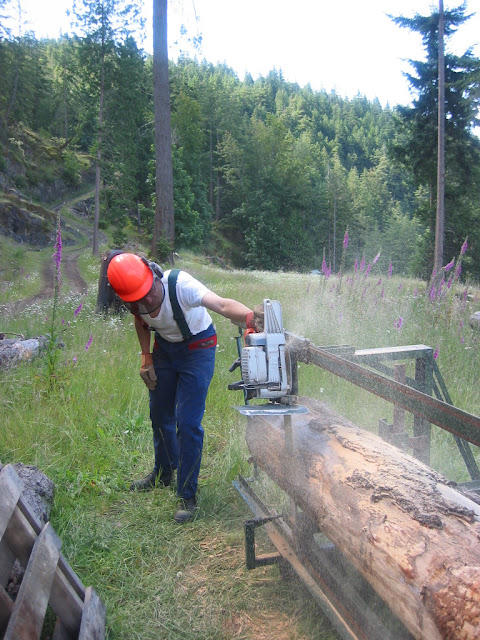 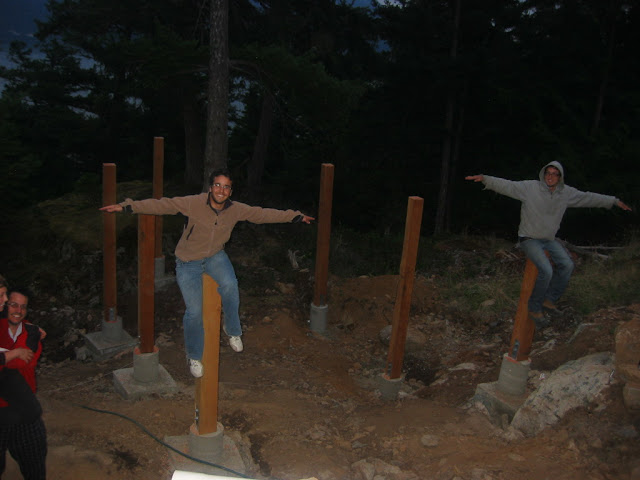 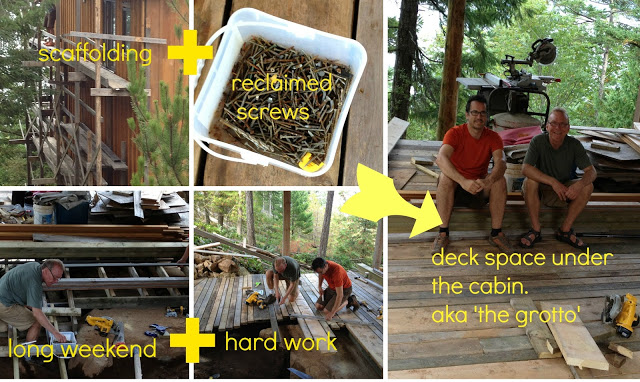 What an amazing weekend it was! The very last of the scaffolding was taken down. Can we get a woo-hoo?  And almost as quickly as it was taken down it’s being transformed into new decking for the ‘grotto’ the rather large and airy space underneath our cabin.
When the crew wasn’t building there was some good eating happening with my second and most successful attempt at pork ribs in a homemade molasses BBQ sauce and some very delightful chocolate chip cookies provided by Mike. Nigella if you are reading this, I can tell you that Mike can follow a recipe like a hot damn and is pretty handy with power tools too. He is also a skilled crib player as his 4-0 victory over Kevin will attest. Just something to think about now that you are single….
Other highlights included swimming, mancala playing (Kevin got his revenge here) spotting of seals and a small weaselish creature by the dock and a lot of general basking in end of summer. 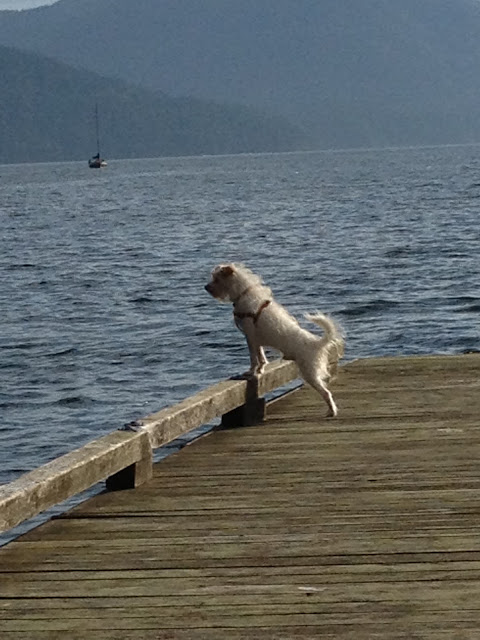 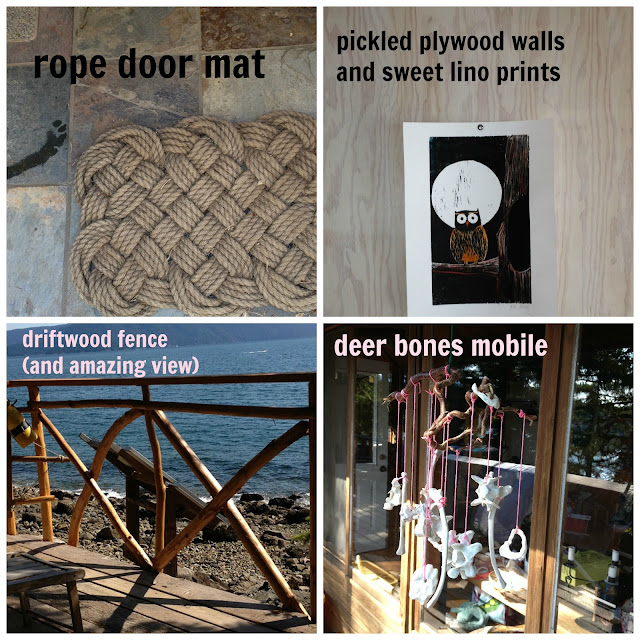 This past weekend we went to visit a friend on another part of the island, near where Kevin and I got married (nearly 14 years ago!) Her work and energy are always inspiring so I could have taken dozens of photos but here are just a few of my favourite details about her place.

As we gear up for spring I’ve been surfing the net looking for the cheapest and most effective way to finish up the top of the breezeway. As we have discovered time and time again, those two goals aren’t always compatible. so really we are looking for the best possible compromise. One option we’re exploring is a green roof.